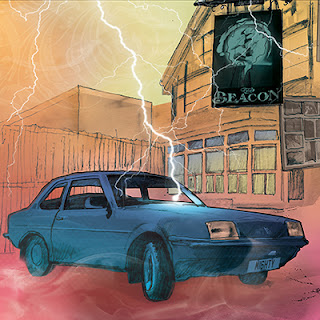 “So … all of time and space. Everything that ever happened or ever will. Where do you want to start?”
The Doctor, The Eleventh Hour. Art by Matt Gould.

I began writing this on my ‘phone on a night bus several months ago. I was a little bit over-emotional at the time; I definitely had something in my eye. It took me a long time to get around to finishing it. In that respect, these words share something with their subject matter.

Back to the front. In February 2013 I received a Facebook message from the wonderful (and Mighty) Gary Mackenzie. I didn’t know Gary very well at that point; we’d met at a Spock’s Beard gig circa 2003 and he later told me that he’d seen me play live with my pal Lee Abraham in 2010. Apart from that, our paths had not really crossed, and it was a surprise - albeit a very pleasant one - to hear from him. 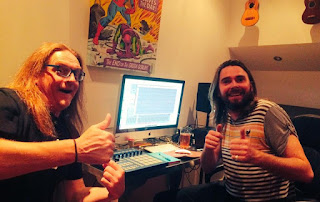 Gary asked me if I would be willing to contribute a couple of guitar solos to a concept album which he was making with The Mighty Handful, a band he'd been playing drums with for nearly 20 years. The album was called "Still Sitting In Danny's Car". He told me a little bit about the album, including a vague description of the music (“…in parts it owes more to Philip Glass, musical theatre and/or the Muppets (no, really)…”) and the story the album told. The plan was to release the whole album across a series of five E.P.s. Gary explained that the band didn’t have a permanent lead guitarist and as a result were asking a number of different guitarists to contribute to a couple of tracks each.

I said yes, of course. Admittedly I do have a crippling inability to say “No” to things like this. On this occasion I had no intention of refusing. I was already intrigued. 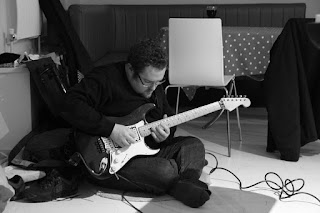 I did the session on the day of the 2013 Eurovision Song Contest. I think Denmark won that year. Greece had that song about alcohol being free.

I had such a great time that day. Gary met me at the station and escorted me to the boat (yeah, the boat). He introduced me to Mighty Matt - singer, songwriter, guitarist, producer and engineer extraordinaire. The first track we worked on - which wouldn’t be released for about three-and-a-half years, although we didn’t know that at the time – was called “Slow Reveal” and the session went really smoothly as far as I can remember. We had to repair to the tranquillity of a nearby pub for a tactical Guinness or two in the middle of working on the second track. I think that might have been Matt’s suggestion, and to quote Peter Gabriel, “We do what we’re told…”. 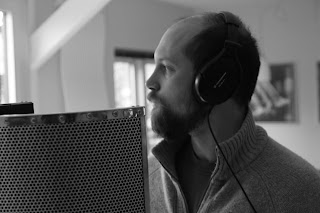 A couple of pints of black custard helped me to be sufficiently ‘inspired’ for the solo on Part 1’s “Cavalier Spirit” which we finished later that afternoon. I really enjoyed Matt and Gary’s company and, as they played me demos and told me more about the album they were making, it was really hard not to be infected by the passion they clearly had for it.

I must have made an impression on them, too. They kept asking me back. Over the following year I ended up going to the pub quite regularly with Gary and as the sheets were thrown to the wind he told me more about himself, the band and the album. It quickly became apparent just how much this project meant to Gary. Later on, I met the other half of the band; bassist Mighty Tom (who I met on his ‘stag night’!), and keyboard player Mighty Ralph who I learned was responsible for a number of the musical curveballs on the album. Lawks, some of that stuff is hard to play. 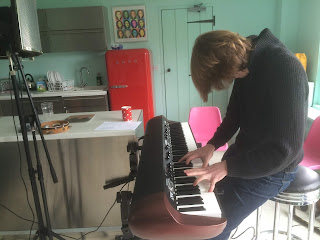 Part 1 was finished at some point in late 2013. I was asked to contribute to a couple more tracks on the album during 2014 – Part 2’s “The Beacon”, “Hypothetically Speaking” and “Time Crash”. Part 2 came out soon after. In the May that year the band asked me to cover lead guitar duties for a live gig in Kingston where we played the whole of Parts 1 and 2, along with a couple of bits from Part 5. I really enjoyed that gig.

At some point, I joined the band. I’m not quite sure when or how this officially happened; I don’t think they sat me down and asked, “Chris, do you want to join the band?”. It felt like I became part of the band by osmosis; gradually and unconsciously being assimilated. [Pretentious much, Chris? – Ed.] 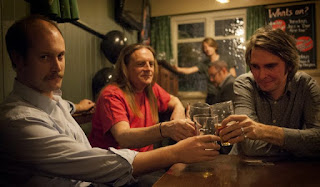 Joining bands can often be difficult. "Who's this interloper? Who does he think he is, making suggestions like that? Trying to get involved in OUR thing? Wanker."  Etcetera. There was absolutely none of that with The Mighty Handful. I felt like a part of it almost straight away. Even when I was occasionally kicked out of the band for making a terrible pun, or not quite remembering who Sparks were (every third time I get kicked out of the band, I’m back in the band…ask Matt!). 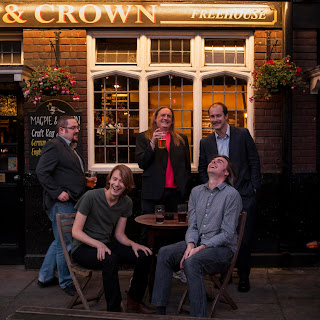 We kept working on the album, and pretty soon “Prog Night” became a thing. Every Wednesday we would meet in the pub and, more often than not, retreat back to Matt’s base of operations to do some work. We spent the odd weekend here and there working on it too.

Not to get too tearful or sentimental about it but the more we worked on the album the more it came to mean to me. The album tells a story of friends, love, loss, pubs, bands and comics. It's an album that attempts (and, I think, succeeds) to say all the things we want to say to each other about the passage of time, and about our inherent inability to survive the passage of time. The dream of being a ROCK GOD, and the reality of not becoming one (although it’s definitely, absolutely, one-hundred percent going to happen, RIGHT?). Hazy memories of brilliant nights down the pub years ago, and the inevitability that someone gets left behind, chasing those memories while everyone else moves on. And lots of other things. Y’know. Time-travelling Vauxhall Cavaliers (other motor vehicles are available), a deal with Death, pub sing-alongs about gin. That sort of thing. 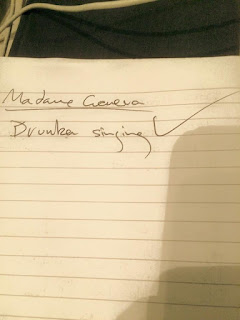 Part 3 took a long time but was ultimately finished in April 2016. Part 4 followed in February 2017. The night I started writing this piece in a feverish fit of emotion, we had finished working on "Still Sitting In Danny's Car". Part 5 was done, dusted, consigned to the streaming service providers and about to be sent off to be manufactured into a real-live CD along with Part 4. I didn’t really want to let it go, but there it was. It was done. It was (almost) out.

I will be eternally grateful to the boys in the band for having me along for the ride. I have had such a fantastic time working, drinking and generally being around the band over the course of those years. I’ve learned a lot, made a bunch of new friends and been part of a creative experience that I think is going to be extremely hard for any other project to live up to. Except the next one, which is already living up to it. One “Prog Night” at a time. 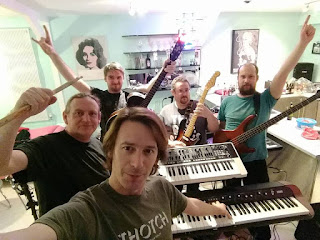 Ralph's selfie arm is a sight to behold.

In the meantime, you can listen to the entirety of the album on Spotify (or wherever you get your streams), and you can buy it from us or from The Merch Desk.


["Release day" isn't quite what it used to be, is it? No more queuing up outside the record shop in the pissing rain for a brand-new album to take home and pore over. Not that I miss the standing-about-in-the-rain bit of that experience.]

Posted by Christopher James Harrison at 8:59 pm No comments: