Well well well, here we are again. A strong sense of déjà vu crept upon me as this potentially monumental weekend raced towards us. This time last year we climbed to the giddy heights of, well, Leeds, for a rehearsal at Jam Studios ahead of two album-themed shows in Plymouth.

This year, we climbed the giddy heights of, well, Leeds, for a rehearsal at Jam Studios ahead of two album-themed shows in Plymouth!

While this all sounds very similar, there are two major differences this year. The first of these is that the venue in Plymouth has moved across the road and underground. The second major difference is the bass player! More of that later.

My weekend of travels had actually begun at around 6am on Friday morning. I had found myself in a situation where I had to be in Liverpool for a meeting at 11am, and as such found myself on a train far too early on a Friday morning bearing me North West. Said meeting was a long 'health & safety' type one, and by the end of it I was gagging for a pint and a curry. Thankfully I'd arranged to go and stay with some very dear friends in Wakefield where I was provided with both! 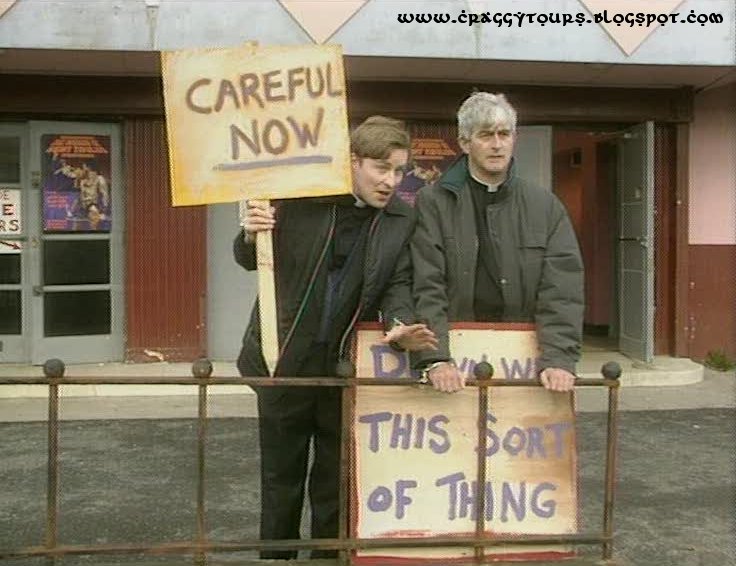 Mr Hurry's idea of health & safety...
After a lovely Friday evening / Saturday morning with pals, I parted ways and again found myself going vaguely north-west to meet with our diminutive frontman. Bruce "the dream is true…yes it is!" Dugginson met me at his local train station and, after getting dinner on the go (curry again - luvverly!) we drove to the rehearsal room while doing a bit of last minute revision on some of the Rock In Rio tracks we'd never played before. It's always a pleasure to have some time to catch up with Duggers, who never fails to reduce me to fits of laughter in a matter of seconds.

As you may or may not be aware, our beloved Speed "if it's not on the dots, I'm lost…" Harris has regretfully departed this band to focus on his degree and his family. He will be missed! Last year's stand-in, Mr Steve "How about Drifter?" Haggis, wasn't in it for the long term, and so we needed to find a new bassist. Various names were bandied around, and friends in the Maiden world gave us some suggestions. We were eventually led towards a London-based musician by the name of Gus, and this rehearsal was doubling as an audition for him. As Duggers and I drove we discussed what was coming - meeting and trying out a new band member is always a slightly nerve-wracking experience. As Forrest Gump so aptly put it once upon a time, "life is like a box of chocolates - you never know what you're going to get". We weren't sure whether we were going to be presented with a box of Quality Street, or a hamper of Crunchy Frog!

"If we took the bones out, it wouldn't be crunchy would it?"
As it turned out, our new low-frequency groove inspector was nothing short of a box of Ferrero Rocher! Gus (or as we have come to know him, Steve Harristopolis!) hails from Greece, has lived and worked in London for the past 7 or 8 years and has loved Maiden ever since he can remember. My first impression of Gus was, "Blimey, he's going to make Duggers look even tinier onstage!". He's quite tall you see. And, er, the rest of us aren't! My second impression of Gus was what a nice, unassuming fellow he seemed to be. My third impression was "f***ing hell, what a bass player!". Getting the right notes in the right places is harder than it sounds, but Gus gelled in with us instantly and we could get down to the nitty gritty of perfecting those tricky parts of new songs we hadn't ever done before. We blasted through everything we wanted to blast through, which included a couple of memorable moments. We got about two lines into "Quest For Fire" (arguably the silliest 80s Maiden song…correct me if I'm wrong!) before Duggers had to stop us as he'd collapsed in a fit of laughter at the lyrics. They're a bit special. Also of note was an impromptu "Brighter Than A Thousand Suns", which was particularly stonking. After a very successful rehearsal, we downed tools and set off for Dugginson Heights for some grub.

"Even too much wine is not enough."
Up with the larks (if the larks rose at 10:30am) and with a breakfast bap down me gullet (as it were) we headed back to the rehearsal studios the next morning (late) to have another bash through all these songs and more. After some rearranging of synth parts and completely missing out my solo in "The Clansman" (damn you lot) we were as ready as we'd ever be for next weekend, and packed down. The Two Yorkshiremen went their own way, while Gus drove myself and Nicko "Houston, we have a problem" McBrain Jnr back to foggy Londonium. Gus and I bonded on a love of 70s prog, but then I fell asleep and missed most of the M1. Result!

We're all very excited about this year, with lots of enticing things coming up; album shows, a trip to Guernsey, the Edventure weekend and no doubt even more special things to be announced, it's looking to be a good and positive 2012 for us.

To the rest of you, see you on the road!

Dave "got no paracetamol chap, how about an Immodium?" Hurry
Posted by Christopher James Harrison at 4:22 pm